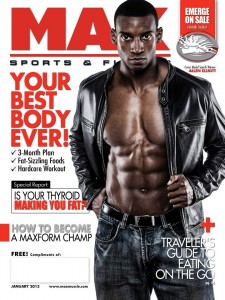 My first connection with Allen Elliott was when he got in touch with me in regards to a shoot we were doing several months down the road. He was eager to begin the planning process, had a vision and worked up to the shoot, as well as during the shoot, to achieve that vision. Since then I started paying attention to what he was doing to see that he is without question one of the hardest working people I’ve met in the industry. It was a short time later that we had the opportunity to photograph him for a publication cover and he did not let up on his efforts one bit. That is why we chose to feature him as the March Featured Talent! Read about his background transitioning from being an Air Force Officer to a true up and coming fitness talent and the values he has learned along the way.

James Patrick: To begin, I am interested in hearing a little about your journey. How does a military officer decide and become a fitness modeling talent?
Allen Elliott: Well James, my personal journey began as I grew up playing sports, with a particular interest in wrestling. I found wrestling to be a challenging both physically and mentally. A unique requirement of the sport was that of weight management; in order to compete, you had to make weight before each match. After graduation from The Citadel, Military College of South Carolina and commissioning as an officer in the Air Force, I was constantly looking for a sport that would be equally challenging and rewarding as wrestling. Initially, I got into running 5K races, but I still enjoyed lifting weights, which put me at a disadvantage because I was larger runner carrying more muscle mass than needed for an “endurance-type” race.

The turning point came when a friend invited me to compete in a bodybuilding contest. I had a blast doing my first show and it awakened some of the lessons I had learned from wrestling regarding weight management.  The difference however, was now training for “looks” versus “performance.”

I was preparing to compete in my second bodybuilding contest, when another friend of mine invited me to attend a modeling workshop.  It was here that the seed of becoming a fitness model talent was planted. Transitioning from bodybuilding to a new division called “Men’s Physique” was the final step to solidifying my passion to pursue “fitness modeling.” I began to learn and research about the vast worlds of both “Fitness Competitions” and “Modeling/Photography” and what opportunities they could offer.

Similarly, a certain discipline is needed to continually prepare your meals in advance and go to the gym even when you don’t feel like it. For me personally, I’m motivated by the results, which come from remaining disciplined.

However, we’re all human so that means were going to make mistakes and fall short of the mark.

This is where discipline alone is not enough and accountability comes into play.  Accountability to others for your decisions and actions inspires you to want to perform at your best because you know others are depending on you. This type of camaraderie is strongest between military members who have gone through similar experiences or have endured “tough” situations together.

Serving in the Air Force, I subscribe to their core values, which are: Integrity First, Service Before Self, and Excellence in all we do. I’m grateful for the lessons learned from the military because I’ve been able to apply those same skill sets toward my fitness model endeavors.

JP: I am always preaching to people about the importance of taking action in their goals. This is something you seem to have no problem with. Share with us about your approach to getting things done.
AE: To be honest with you James, I’m somewhat of a procrastinator.  I feel like I work best under pressure. This is something I personally continue to improve upon, as not all things can be done at the last minute.

However, I understand the power of commitment to goals and the importance of meeting deadlines.  When it comes to taking action towards a goal, I like to “reverse game plan”.  Beginning with the end in mind I work backwards from the goal being accomplished and try to evaluate the time and effort it takes to get to that point.

Deadlines set by myself or others actually inspire me to take action where I then revert back to the lessons learned in discipline in accountability to help me stay on track.

JP: You are very active not only in the social media world, but also in a multitude of event appearances. How do you structure and determine how you are promoting yourself?
AE: The events I choose or the way I decided to promote my self have to pass the “Point, Purpose, Profit” test.
– What’s the point or the bottom line of this activity or event?
– Is it headed toward my overall purpose?
– Is it profitable or a good return on my investment to pursue? 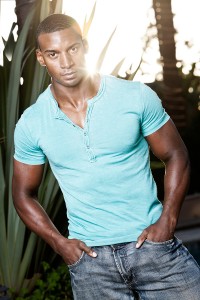 JP: When it came to working together our first time, you were very organized and came to the table well over a month prior to the photo shoot with your ideas and goals for the shoot. What tips can you give to other talents looking to build their portfolios?
Review your portfolio and look for ways you can diversify it.  As a fitness model, it’s only natural that I had a lot of shirtless images; however, when it came to the category of “Commercial Lifestyle” I had no images whatsoever.  This was of two-fold significance, first it meant that there was an opportunity to get involved in another style of photography outside of fitness and second, I was not prepared to take advantage of that opportunity.

When preparing for a photo-shoot it’s important to gather inspiration and concepts from as many sources as possible. Search images on the internet, look at magazines and observe the photography or clothes and expression of the models, if possible stay in touch with photographer as you get closer to your shoot and share your ideas with them.  When you finally meet on the day of the shoot you already have a game-plan and it’s time to execute.  The preparation beforehand allows you to work in harmony with the photographer and ensures some solid images will be captured and added to your portfolio.

JP: I’m also interested in how you actively market yourself both to the media as well as to commercial companies. Any tips you can provide to other talents?
AE: It’s been a very interesting journey to say the least.  In the beginning (2011) I was so excited about the potential of what I could achieve that I followed the “Spray and Pray” method. I was involved in as many events as possible that I was able to pre-qualify my time & money to.  I thought if I just did a little bit of everything something was bound to stick. While I had some most memorable experiences ranging from bridal runway shows to being an extra in a movie, needless to say, it was not the most effective.

My new year’s resolution for 2012 was to “Work Smarter not Harder.”

Viewing my “physique as a business” I began to focus my time and effort primarily in the “fitness community” and look for opportunities to grow my brand awareness.  Sticking to my resolutions, I worked smarter by adding value to my brand and developing relationships with supplement & fitness companies that eventually lead to sponsorships and extended further support to my fitness endeavors.  I began to learn how to market myself to companies’ and found ways to add value to their product or service.

Last but not least, I decided to place a priority on educating myself in this new career field. I attended a conference for the career development of fitness professionals known as FMI (Fitness Models International) at the end of 2012.  It was here that I learned what it takes to become the “Triple Threat.”

“The 21st century Fitness Entrepreneur is a Triple Threat! They successfully Model, Write, and Speak well on camera.” -Obi Obadike

This phrase has become my battle cry in 2013 and is the foundation and structure for how I go about promoting myself or selecting what events I will participate in.

JP: What goals are you presently working on that we can expect to see from you in the near future as well as the distant future?
AE: Currently I’m working on ways to increase my sphere of influence and brand awareness to others not directly involved in the fitness industry.  Don’t get me wrong the fitness industry is huge! But there are several opportunities that require what the fitness industry has but are often times not pursued and simply left on the table.

For example, I was recently interviewed for the “Eye Candy” section of Essence’s Magazine website. During the interview I share what it’s like to live a “fitness lifestyle” and how I keep a balance between personal and professional life.  Although this magazine’s target market is not fitness-based, I’m able to increase my sphere of influence and reach others whom I normally wouldn’t be able to interact with.

In the Spring, I’ll be involved in a project with the owners of MySuperHeroGuy.com where I will be the model for a life size cast and used to create the mold for the statue builds of of Super Man, Silver Surfer, Dr. Manhattan (The Watchmen) and the Engineer (Prometheus movie).  I’m excited about this opportunity because I’m a nerd at heart and Superheroes have always been a source of inspiration for me from an early age.  I also have the opportunity to positively interact with people outside of the traditional fitness community.

Last but not least, in the Summer I will be involved in a Health & Wellness Campaign entitled “Don’t sacrifice flavor for fitness.” The objective of this campaign is to educate people that there are healthy ways to prepare foods without sacrificing taste and flavor.  Using a variety of table blend spices and specially prepared meats from a company called Patillo’s BBQ, this campaign will be presented in the form of pamphlets, recipes, online cooking episodes, and in-store events beginning in the H.E.B. grocery store chains based in Houston, Texas.

Thanks so much to Allen Elliott for being a part of this interview feature! You can check out his website at AllenElliott.com as well as his Facebook Page at
https://www.facebook.com/allenelliott.pmc. You can also follow him on Twitter @AllenElliottFIT