How Writing A Letter Can Improve Your Life (and Career) 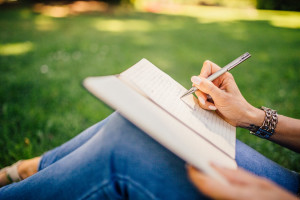 On November 19, 2012 I sat down to write a letter to myself. It was just a few weeks away from my 30th birthday and a friend suggested I writer a letter to my future self five years from that date. The mission was to record the important details of my life as it was presently and forecast what I hoped my life would be by the time I opened the letter again, on November 19 of this year.

Five years this letter sat in a sealed envelope in my closet waiting to be opened. Year after year I would come across the letter while cleaning and the anticipation to open it grew and grew. After time passed I simply forgot what I had written in the letter.

The time to open it just arrived a few days ago. I ripped open the envelope and began reading it as if it was the work of someone else. The first few paragraphs were about my life as it was back in 2012. I was still working at my marketing job and was very unsatisfied. I was writing about how I wish I could be a photographer full time and be my own boss and how stressed I was about potentially quitting my job.

Then I shifted gears to predict and set intentions for what I wanted my life to be like by the time I opened the letter. What is really interesting to note is that almost every single thing I wrote down came true over the last five years.

I predicted I would be working full time as a photographer and offering other brand supporting services to my clients – both of which I am presently doing.

I predicted that I would have a studio – which I opened earlier this year.

I predicted my team expanding, which we now have 8 of us in total. Speaking of team, I even predicted that I would be letting go of my best friend so he could start his own business, something I did a little over a year ago and he is now running his own companies.

I predicted that I would still be podcasting, which I am doing weekly shows through our FITposium network.

I predicted that I would have made the space and time in my life to spend with someone else, and now I am engaged to be married.

No I did not get every single thing correct. I predicted I would be living in Phoenix by now and I predicted some of my campaigns to be a bit different. However, overwhelmingly, all the predictions and intentions I set came true or came very close to being true.

I concluded the letter by reminding myself of where I was emotionally when I wrote it. Here is what I wrote…

“I would like to remember why I chose to become a photographer. That I remember why the passion hit me and hope that the passion fuels me for years to come. I never want to lose sight of my inspirations I want to remember the reasons I decided to leave my job in marketing to pave my own creative path. Lastly I want to remain true to who I am and what I represent. It is important to me that I continue to move my brand in the right direction, doing the right thing, remaining passionate, treating others with respect and earning people’s good word.”

Within two weeks of writing this letter I had the courage to finally leave my career in marketing to work exclusively as a photographer. The act of writing these predictions down set them in my mind as intentions. Even though as the years passed I forgot I wrote down, my inner guidance did not.

My bet is, if you do it, five years from now you will be amazed at how much you’ve accomplished.