Anatomy of a Fashion Shoot 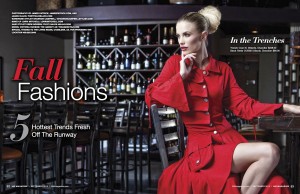 My colleague and fellow photographer Jason Black and I recently had the oppotunity to work with 202 Magazine based out of Arizona on their recent fall fashion editorial spread.

The project stretched our creative genes as we had to work quickly to create six different looks, set-ups and outfits for the spread in a matter of just a few hours.

Jason and I flipped back and forth, each shooting three of the six sets to develop the final spread.

What follows are some of my shots from the morning photo shoot as well as some behind the scenes captures we did to showcase the overall atmosphere of the photo shoot.

The flow of the photo shoot
Jason and I arrived on set at 9am and immediately began scouting places to shoot. While the subject was having the last few touch ups done to hair and make up, we had already planned out our first three shots (and had lighting already set up for two of them). At 9:45 I was rapidly firing off frames in my camera. 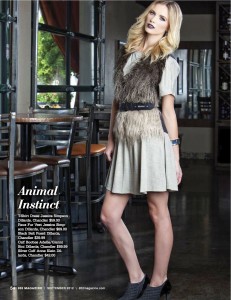 After what only seemed like a few minutes (but in actually was well over half an hour) we were moving onto the next set that Jason was shooting.

The fast-paced atmosphere had no signs of slowing down. The talent jumped quickly into hair and make up again while Jason and I began prepping the third and fourth sets of the photo shoot operating now on pure creative adrenaline (okay, okay – and an energy drink or two).

The photo shoot wrapped at just under four hours from when it began – but honestly felt like it was much less than that.

Jason and I retreated to grab a quick bite to eat and then review the results of our days work. I was honored to have been a part of this project for several reasons. First off, it was my first editorial fashion campaign in about a 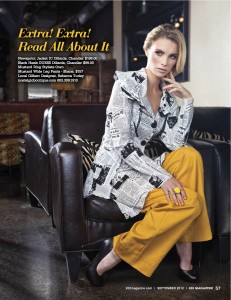 year and one that I was extremely happy to see in print. However more importantly, it was the first time in a long time I got to work side-by-side with my colleague Jason Black. For those that know us, they often know Jason as my lead assistant helping me on most of my editorial and commercial projects. But this was an opportunity to work with Jason as a photographer and to see him take his creative to an entirely new and exciting level. I’m honored to have been able to do this project alongside him. I truly hope you enjoy the results of the project!