Worst Projects I’ve Ever Had 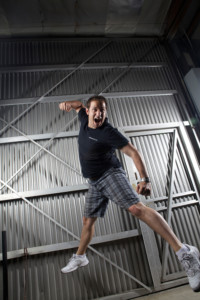 Imagine having to walk off set because the client won’t stop insulting you. That is a position I was in about 15 or so years ago.

I often will get asked by clients on what was the worst project or projects I’ve ever had. I’m fairly fortunate in that I’ve managed to forget most of them – however a few were egregious enough to never leave my memory.

SHORT SALE
The one that comes to mind first is what I started this blog about. I was hired by the marketing manager of a residential homebuilder to photograph their model homes for upcoming advertisements.

However when I showed up to do the photo shoot, the on-site realtor had different opinions. Even though the marketing manager was also there and tried to remind the realtor that this shoot was already approved and ready to go – that didn’t stop the realtor from digging into me.

They immediately demanded to see my portfolio and were unsatisfied by what they say. They then walked me through the properties and told me all the things that would make this project challenging and why they didn’t think I could handle the shoot.

Then they said, and I quote, “I have nothing to judge you by except how you look and you look far too young to be good at taking photos.”

At that point I knew there was absolutely nothing I could do to make this client happy. Even if these were the best real estate images ever created, I knew in full confidence that this realtor would have complained and made my life miserable.

I politely told her she was right, I was not the photographer she needed for her project and I left. The marketing manager followed me out the door apologizing over and over again for how the realtor acted and treated me.

However I know I made the right decision and saved myself hours upon hours of anger dealing with that client in the future. The marketing manager kindly paid me a kill fee for my time going out to the site and I went home.

Lesson learned – you always have the power to say no. And sometimes it is just better to walk than to put up with a bad client.

YOU CAN EDIT THIS RIGHT?
One of the main reasons I no longer travel around to fitness shows and competitions is because of this experience I had a number of years ago while shooting in Las Vegas during Olympia Weekend.

The model showed up about 30 minutes late to her scheduled photo shoot. The first words out of her mouth was that she hadn’t slept in several days and how she spent a lot of time at a pool party drinking and partying.

She took her time getting into her first outfit and showed us her awful dry and cracked tan from her competition a few days prior that she never cleaned off. Her inquiry was simply “you can just edit my skin, right?”

She then added in that she only had about 45 minutes to do the entire photo shoot because she had to rush off to another shoot she booked right after.

To boot – she complained about how she looked in the final images. What we should have done is turned her away and charged her a kill fee for the time, but not take a single image.

CRITICALLY IMPORTANT IMAGES
Finally, we had a project a handful of years ago. There was countless e-mails and phone calls back and forth to schedule the photo shoot because of how “critically important” these images were to the client and their brand.

When the day of the shoot came, the client showed up nearly an hour late. We then spent another 45 minutes going over (again) how critically important the photo shoot was. Then we learned that the client had forgotten to bring half of their attire for the photo shoot.

Eventually we got through the shoot and would you be surprised to learn that they complained about how the editing looked in their photos?

These are just a few fun stories that I am now amused at in hindsight. I’m fortunate in that these are a vast minority compared to all the great projects I’ve been able to undertake.