Where are you going?

Recently, I was having a conversation with internationally published fitness model Kim Dolan Leto when she mused at when she was in high school she was a goth. You know; black clothes, black nail polish… the works. For anyone that knows or as seen her today, it is a complete one-eighty. But it got me thinking and talking to a lot of people about where they came from. I asked a few people and found some out some really interested stories I would like to share with you. 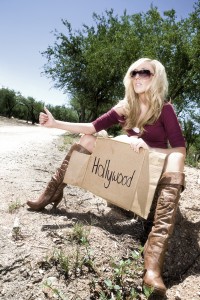 Where are you going?

A decade ago, Shannon Wallace, was in a negative relationship and struggling with an eating disorder. Today she has found happiness and is on a journey to show women, especially mothers, that they can create a healthy lifestyle for themselves.

My friend Samantha Palecki was a swimmer who battled skin cancer and had to give up her love for water sports. She was eventually led into competitive fitness as a new outlet and today she works as a therapist intern.

After high school and some college, Joni Johnston developed an unhealthy lifestyle of smoking and drinking. In 1998 she found out that her father was diagnosed with lung cancer and it was that day she put out her last cigarette. Although she lost her father in 2003, Joni and her husband began a life dedicated to being healthy. Today their company, Fitness 4 Life, is about two years old and she continues to pursue her love for both fitness modeling and competing.

I exchanged a few messages with Jonathan Austen who last year was overweight, depressed and honestly hopeless. Yet he reached a turning point and today he has transformed his body into lean muscle, is happier than ever, and physically and mentally stronger with a truly positive outlook on life.

I had the pleasure of talking to a lot more people and heard a lot of really inspiring stories that I hope to share with you in another format very soon.

The reality is that it doesn’t matter where you came from or what obstacles held you back… what truly matters is where you are going.

So… where are you going today?