What is Your Emotional Aftertaste? 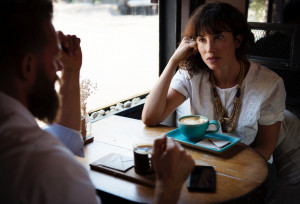 I tried this new protein drink that a friend recommended to me exclaiming how amazing it tasted. The first moments of taste were spot on fantastic. Then a second or two went by and the aftertaste kicked in – a bitter chemical flavor overwhelmed my palette. As good as that initial taste was, the aftertaste killed the entire product for me and into the trash it went.

I’m certain this is an experience many of you have shared in. That awful aftertaste can ruin so many things that had potential. A great drink, a great dessert, you name it.

What would you think if I told you that your brand had an aftertaste to it as well? That every thing you did, every interaction you have, every action or lack of action you take will modify the aftertaste of your brand on the palettes of those you connect with.

I’ll give you an example of how this can work. I had someone trying to inquire as to my rates for a photo shoot they wanted to do. The back and forth lasted probably for more than a year and it kept coming back to the fact that they couldn’t put together a shot list for me. Without a shot list I could not give them an accurate estimate. At this point, after so many back-and-forth’s, the aftertaste was going below medium into annoying.

Flash forward a few years and I get the opportunity to meet them in person. The first interaction actually went quite well. They noted they would be working on a shot list (finally) and get it over to me. That left a good feeling. Because I liked how they presented themselves in person, now the aftertaste has started to improve.

Later that same day, however, I encountered them again. Except this time they were with their husband, or boyfriend, or whatever who was not entirely sober. I can say this because I could smell the alcohol on his breath. He dominated the conversation to the extent that I don’t think she did or said anything. He started to inquire about my rates, asking for ranges but still not being able to get me any information on what his significant other was looking for in her shot list. So the range I gave him was $500-to-$50,000 and until I had a shot list it was going to be that vague. But he continued to try to press me. Then the topic came up on licensing of the images and how much she would make if I ever sold the image. I told him I give up to 20%, which he began to argue claiming that she deserved the 80%, or at least 50%. As calmly as I could I tried my best to explain licensing rights and then I just stopped myself. There was no point in even bothering to continue talking to someone in his state.

Let us pause right there. I want to clarify this situation as I am certain that you are feeling as perplexed as I was in that very moment. I am being cornered by a drunk guy trying to assert his dominance over me and prove his worth to his girlfriend by arguing with me over a HYPOTHETICAL situation that has not happened and honestly would never happen!

The entire time she looked at the floor. So, what do you think the emotional aftertaste of her brand was at that point? Truthfully, I would never consider taking a project from her or considering her for any work in the future.

Let us shift gears to another example. We had a client who whenever we spoke to them it seemed as if the world was about to end. It was if their life, their business, their future was always on the verge of tragedy. Intense negative energy. If you were in our shoes, would you ever consider hiring this person for a gig? Absolutely not! How could we trust they would ever show up in a good mood? Or show up at all because some issue was keeping them from coming to set.

Which ones do you prefer? Which one has a better emotional aftertaste?

All of us have bad days and we all have things come up. But the aftertaste of our brands are cumulative. The more positives we are able to add to it, the better it will be. The more negatives… well… you don’t want to be the person with the drunk boyfriend picking fights with the person who you want to work with.