What Goes Into A Commercial Photo Shoot 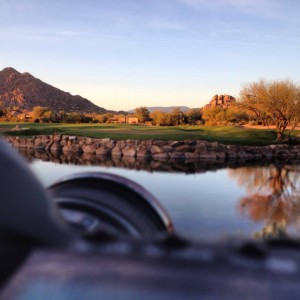 As we presently prep for two large commercial photo shoots – talents occasionally ask what happens behind the scenes to arrange these types of productions.

Models will show up on set the day of a commercial photo shoot, have their hair and makeup done, do the shoot, get paid and leave. Unless there was a rigorous casting process – that is their entire life-cycle with the project.

However – what went into making the production possible?

What follows is a list of what went into orchestrating the project before during and after the photo shoot. Now, every photographer has a unique approach, but this tends to cover what most deal with on a commercial photo shoot.

PRE-PRODUCTION
The first thing that typically happens is the client requests a bid proposal from a few photographers. Depending on the client and project that bid could include the estimate of services required and a treatment (which is a creative project approach on how the photographer plans to complete the production). As part of the proposal process, the photographer has to put together the team of subconsultants which can includ emakeup artist(s), production manager, assistant, digital tech, stylist and sometimes more. After the initial proposal process there might be a final negotiation before the photographer sends over the final contract to the client or agency.

At this point the photographer begins to put together the details of the photo shoot which could include confirming the team’s availability, selecting the talent agency to book the models from, booking the actual models, perform a location scout, storyboarding out the project and each shot which needs to accomplished. From that storyboard a schedule will be drafted to make sure all the necessary shots can be accomplished in the time provided for the photo shoot.

The pre-production is not completed just yet. The photographer then has to get permits for any public locations (which can take several weeks of applications, paperwork, licensing and communications) they are shooting at to finalize the booking of the required locations for the photo shoot. On some shoots they have to address other needs such as catering and outfit/styling selections.

PRODUCTION
Finally the day of the shoot arrives which honestly is the fastest part of the entire process.

If all the planning was done correctly, the shoot flows smoothly on schedule. The day typically starts with the production team showing up first to do a final check of the location and review the shot list and schedule. This process is done in concert with the client’s art director or marketing person to allow the client to be a part of the decision making process.

A production manager on set helps keep the team on schedule as the photographer works through each shot attempting to get the required images while still getting as much additional variety as possible for the client.

Yet the work is not done for the team.

POST-PRODUCTION
After the production comes paying all the subconsultants, invoicing the client, and then looking into the images.

A gallery is set up for the client to review the images and select which they want post produced for their project needs. Once the final selections are received the images go into a more detailed editing process to finalize the images. They are then delivered to the client (typically digitally) along with a usage contract consistent with the original contact the client signed for their records to indicate they have the rights to use the final images..

With us we typically like to debrief with a client shortly after the photo shoot to discuss how everything in the production went. What worked well, what could be improved upon and how they felt the results turned out.

Although I quickly glossed over what goes into a commercial production – hopefully it helps shed light for modeling talents what happens before, during and after they are on set.