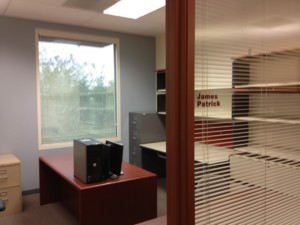 I get an uneasy feeling when I’m told how lucky I am that I found and am able to do a career that I’m passionate about. I have to wonder if I was unlucky before that?

When I was playing baseball and my batting average dropped to .061, was that bad luck? (For those who don’t understand baseball, that is a batting average worse than the worst hitters in the league).

When I tried to be an illustrator and even my high school newspaper wouldn’t publish my work, was that bad luck?

When I finally got a starting position on the football team, only to immediately fumble the ball the second I touched it, was that bad luck?

When the record store I managed went out of business because the music industry was turned upside down by the internet, was that bad luck?

When I tried dating two girls at the same time in college, only to soon discover that they were roommates, was that bad luck?

If I go down the list of all the things I failed at; like selling candy apples at a mall kiosk, or selling diamond rings at a crappy outlet store or selling prints at Office Max, or losing an editor position at a newspaper before I even was able to start my first day – or that Radio Shack didn’t see enough potential in me to give me a starting position selling headphones and portable CD players. Were all these incidents bad luck?

What about the mishaps I’ve had as a photographer? Probably too many to list in this blog post.

I don’t believe in luck. If I believed in luck I would have to believe I was the most unlucky person on the planet.