Understanding the Value of Your Images 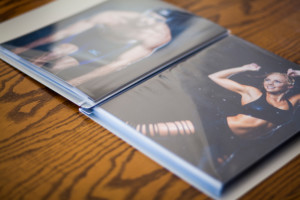 Last week I received an e-mail from an South Africa based music company who wanted the rights to use an image I did of a model for a 20-minute workout track they were releasing.

The e-mail noted that my “photographs are amazing” and that they would credit me for all posts on social media and would send me a mockup of the advertisement they were going to create with my work on it for approval.

What they did not know is that the model already had received and showed me the concept they created. What this told me is that they were already invested enough into my image to have their designer create the mockup. This provided me even more leverage in the negotiating process.

Their response was slightly offended. They repeated the dollar value and exclaimed how high it seemed to use the image online. They then followed that with how they have photographers there willing to give them images at no cost.

My reply back was a single sentence, “then you should definitely use them.”

There are several very important things to consider in this exchange.

First, ironically, they originally were so confident that by simply tagging me or putting my credit on the photo that the “exposure” I would get from their using my image for free would be worth its weight in gold. Yet when I asked them to put their own skin in the game by paying for the image, they jumped back. Apparently they don’t believe in their own abilities to drive exposure anymore now that they have to pay for what they are using. In this scenario they wanted all the benefit without ever having to incur a cost.

Second, what did I lose by not letting the image go away for free? Nothing. I still own the image and the rights, if I want, to sell it elsewhere. Allowing someone to have that image and use it commercially (as they intended to do) devalues what anyone else might be willing to give for that image.

Third, did I miss out on any exposure opportunities? Highly doubtful. A lot of clients love to use the word exposure but what does that really mean? I don’t see much potential in their South African audience of music fans seeing the image, wanting to know who took the image, following me and then hiring me. Even if it got me a few extra followers on social media, they probably wouldn’t be followers that would hire me – so not very helpful.

Fourthly, even if I would get exposure from it, if I got paid for it then it is a double win. Why forgo a paycheck for the slim potential of exposure?

How does this relate to models, particularly in the fitness industry? There are so many commercial outlets that are beginning to use your images and so many models are willing to let the images go at no cost – only to see in hindsight that it never helped them, never assisted in growing their business, never aided in the development of their brand.

Every image you and a photographer have together has a dollar value that some clients are willing to pay for. Allowing it to go for free just so you can say you appeared in an advertisement that is about a product and service, not about you, does not equate to a sustainable business model.

Unlike an editorial feature, which would be about you and your brand, an advertisement is about what the company is selling – and what they are selling is not you.

Another scenario I had was about two years ago where a company, which released some herbal supplement wanted to use one of my images on their product label. I gave them a quote and they instead went with a photographer who was willing to give it to them for free.

The model was happy at the time, till now two years later she has never received a penny from the usage and her brand is exactly where it was back then. The photographer also got nothing from it except the illusion of exposure. The company however, they made profit by selling the newly labeled product.

There was a winner in that – but it was not the photographer, nor the model.