The Future in Print Media 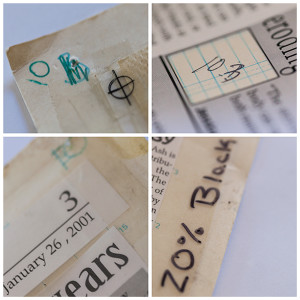 Recent news of Robert Kennedy Publishing closing its doors and thus ending (for now) the release of magazines such as Oxygen, Clean Eating and Reps has spread throughout the fitness arena via Facebook, Twitter and LinkedIn.

The rapid fervor of posts has included an orchestra of emotions from shock and disbelief, to sadness, to anger, to even passive aggressive snarky remarks.

A portion of the messages have indicated that many feel that “print is dying.” This is what struck a chord with me.

My background, which is cast in print media, began learning how to design and layout newspaper flats which were then shipped (in printed copy) to a print shop to digitize and print for distribution.

Imagine a small office with computers lining the walls and light tables in the center of the room. Approximately a dozen of us editors are moving quickly around one another as fluid as possible. Writers and photographers are asked to leave the room and stay out of the way. The ground quickly becomes a graveyard of crumbled and cut pieces of paper from dismissed layouts and articles no current.

We used wax sticks to adhere the printed designs to the cardstock-thick flat sheets. Then we layered sheets of acetate on top along with crosshair tape to separate color items from black and white features.

In every editor’s workstation we had a Pantone color catalog so we could use the right Pantone numbers when ordering our printed materials. Small changes to the near-completed flat were done with a computer, but with an Exacto knife.

For more than a decade and a half I have worked in the printed world in a variety of positions. I’ve been a section editor, a beat reporter, a freelance writer, a photo editor and now a freelance photographer. I’ve been on several newspaper and magazine staffs and have been a part of several start-up publications.

During that time – print has changed pretty dramatically. Now; files are all designed digitally and go straight to the print shop for production. No more nights of wax sticks and Exacto knives. However, that represents only small part of what has shifted in the print industry.

The entire landscape of print has been restructured and in dynamic fashion, continues to change quickly. This has forced publishers to rethink a medium that has been around since the 1400s. Yet despite this rapidly changing industry – print is still alive.

But aside from the present heartbeat, where is print going?

Stacy Jarvis has been working in the printed world since 2001. She began her career working as a graphic designer for a small print firm and soon moved into working in the production department at a magazine. She worked her way through the organization until she was given her first magazine to design.

“I never thought anyone could love what they do as much as I did,” Jarvis said. “It was at this moment when I realized that I was indeed, an editorial designer. Columns, grids, heds and deks spoke to me – leaping off the page.”

Jarvis’ career continued to her leading the design department of a media company where she focused on her development both as a manager but also as an artist. She then took a job at Oxygen Magazine.

“This is where I truly found myself,” Jarvis said. “With the help of many talented co-workers that surrounded me, I achieved a level of professional and personal success that I never imagined possible.”

In her career as a designer and an art director, Jarvis has witnessed a plethora of trends within the print industry.

“Design is organic, especially with magazines,” Jarvis said. “They contain a sophisticated and subtle level of corporate branding but still allow the creative staff who work on them to break molds and barriers.”

As it relates to where the industry is going, Jarvis is not sold on the comment that print is dying (or is already dead).

“I do believe print will always have a place in our society,” Jarvis said.

That place she mentioned could very well be located in the blending together of both print and digital medias.

“I think print and digital will live more harmoniously as the years progress,” Jarvis said. “The younger ones have already taken hold of the digital world. I was on a plane once and saw a four-year-old press his fingers against a magazine and attempt to ‘expand’ the printed photo. That just shows you the younger generation will blow us away, technology-wise, in the years to come.”

We can expect to see smaller niche publications have increased success with smaller staffs and streamlined processes – while larger, more generic, publications scale back. Outlets that are focused and defined in the content they create and the demographic they pursue will have an easier time connecting with their intended audiences and relevant advertisers.

There will most likely be a continued push for digital enhancements to printed features. For example, a publication could be doing video demos of the workout spread that is featured as stills in print. Several media outlets are running video interviews with subjects as an extension of the printed articles. With the plethora of multimedia channels we have to tell stories – see savvy media outlets capitalize on the opportunity to share slide shows, videos, audio files and more.

Spinning off from the last concept; some publications may even look into running abbreviated or truncated versions of articles in print and then publishing the fuller versions (along with a complete host of multimedia features) online. Almost turning the printed magazine into a catalog for their digital library.

This creates a fantastic opportunity for all artists to extend and diversify how they tell and share the work in a hybrid print and digital world.

As Jarvis concluded, “Leave it to the talented and creative minds in the industry to merge these two mediums seamlessly as we move forward.”