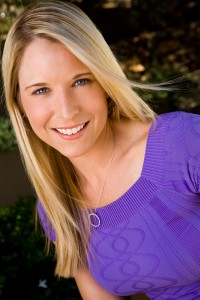 What came first, the modeling or the competitions?
Competitions for sure. It started out as a joke between a friend and I to see if we could get on stage without falling down in those shoes. She and I both played Division 1 Field Hockey in college, so we were used to training. It finally came to the point where we decided to do a competition so I started training with Ernie. In my first competition I took 3rd in my division and from that point on I was pretty much hooked. The best part of it was; each time I did a competition all the way up onto nationals, my physique continued to get better and more proportioned.

How long did it take you from your first show to your IFBB?
My first show was in November of 2004 and I went pro in July of 2007.

What did achieving the IFBB initially mean for you with less than three years competing?
It was a pretty big accomplishment. I’ve known people that are still on stage that I’ve competed at the national level with back then. It is very hard to accomplish. So just the self satisfaction that I continued and didn’t give up. Each time I competed I went back the drawing board to see what I needed to improve upon for the next show. It was an unbelievable feeling.

So what changed in your career once you had the card in hand?
Nothing really to be honest. You are under that assumption that I’m a pro now, so I’m going to be doing bigger shows so hopefully I’ll get noticed and I’ll get an endorsement, and things are going to start to change for the better for me. But they didn’t.

What I learned over time was that I needed to use the IFBB status to promote myself in the industry and with my business here locally. Anytime I’m writing a magazine or anytime of company, the title is always IFBB Pro. Which I hope gives me a little bit of credibility. I think that is how it led to me being a contributing writer for Physique Magazine.

When you began to hit the pavement with marketing yourself and your IFBB card; what are some strategies you used?
I started my personal training business a year after I got my pro card. The first year was difficult, but I hired a PR team after that first year which really helped a lot. So much of the work was just putting my name and face out there. Revamping the website, making sure I was visible and active on the social media channels, was doing some video reels as well. Also, FMI was a huge turning point in 2009.

Why is that?
I learned to market myself better. I wasn’t quite sure how to contact the magazines and publishers. I was shooting with photographers, but I needed to learn how to get work with those photos. FMI was great about educating how to do just that. And also just the connections I made there were invaluable.

What do you think has the greatest return on investment in your marketing efforts?
I think the PR people I hired, Cruz/Wood Communications, was the best thing I did in respects to marketing because they are able to handle a lot of the social media channels and media blasts and getting me onto local TV to promote my personal training business. Now that I have a good client base, I get a lot via word of mouth and referrals.

So do you encourage others to hire a PR team then?
I would absolutely. I’ve had them on for a year now and I certainly plan to keep working with them. It allows me to focus on other things. They also help me get in touch with the national publications. Above all they keep me on track; are you doing this, are you doing that.

Apart from your PR team, you do a lot of branding outreach opportunities, such as writing for magazines you mentioned. What spurred that?
When I went to FMI, Clark Bartram suggested I start blogging on his website. At that time I was also revamping my website with a blog. So I started blogging and writing again, and realize how much I missed writing. Eventually I turned the blogs into articles and started submitting. About a year ago I did a shoot with Ralph DeHaan. I packaged those photos with an article I wrote and sent that out to several publications and two ended up picking it up. A light bulb went on in my head and I realized I could do a lot more with this. That is when I was able to get the monthly column with Physique Magazine as well as a few other pieces with other publications. Had you said to me a few years ago I would be writing for multiple publications I would have laughed. It is interesting the route this journey has taken me on.

What is the most unique opportunity you’ve had in this business?
The most unique is when I got the casting for the infomercial in LA. I literally got a phone call on a Tuesday evening “hey can you be in LA tomorrow morning.” I said okay, booked a flight, was in LA for 2 hours and flew back just to go to one casting. The whole trip I kept telling myself how crazy I was for spending the money and what was I thinking. Then just a few days later I got the call to say I was given the part. To get that job for a nationally televised infomercial was a big deal for me.

What is upcoming on your radar?
Continue writing. I actually signed on with a local agency in Arizona. I’ve been on two auditions in the past week so I hope to do more commercial work. I of course am on the quest to get the first magazine cover. I’m signed in another agency in Portland called Sports Unlimited. I was in their other office in Los Angeles and told them I wanted to do more audition work there. If you are really going to get into the fitness industry you need to be willing to work there. As it stands I may be going to LA once a week or once a month for auditions. To land a national campaign ad for a major sports company would be just amazing. Looking back at how I got started, it is easy to see that my focus has shifted. There is no money in competing. It is great to keep your face out there, but in regards to building my brand I want to target more commercial work.

How do you feel your personal brand in what you do is different from others? Meaning what sets you apart?
Just the name! (Laughs). No, I’m kidding. I like the name of my business No Mullarkey. I look around at the other personal trainers and they are serious names that sound all tough. The name of my business shows not only do I have a no BS approach, but that I have a sense of humor and like to have fun.

As a model, my brand differs based upon the road I took. I never thought in my life that the age of 34 I would be doing this. I didn’t grow up thinking I would be doing commercial work or trying to be pretty. I was the tomboy growing up. People who knew me as a kid send me messages on how they had to do a double-take.

What I’ve learned is that you have the ability to inspire people by your actions. I’ll get a message, “hey I saw you in this magazine and I hung the photo up for motivation.” That right there is extremely rewarding.

Lastly, what is something unique about yourself that most may not know right away?

I’m very involved in outdoor activities. When I lived in Colorado I did a ton of backpacking. It is a little bit harder here in Arizona. A dream has always been to travel to Africa to climb Kilimanjaro.

See more of Karen Mullarkey and her work on her official website www.karenmullarkey.com