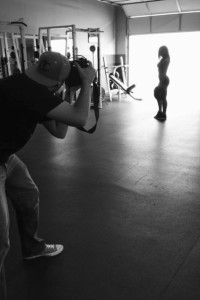 After the first 24 hours – only 1 person had entered the contest. That is it – just one single person. We have anywhere between half a dozen to a dozen people contact us every single week wanting to book a photo shoot and we have numerous talents state that they cannot afford our rates.

In this instance – all we were requesting was an investment of 60 seconds in exchange for what will be a $500 to $1200 prize package.

After keeping the contest active for about a week we did end up with around 20 really good entries. However I could not help but be surprised at the hundreds who contact us annually and the percentage who are unable to afford us normally.

The contest was more than just a social outreach. Per usual there was an ulterior motive behind what we do. The contest served as a social experiment to gauge our audience’s willingness to not invest a paycheck into receiving something – but instead a single minute.

To show our appreciation for those who did enter, I made the decision to select not one, but two, entrants to receive free photo shoot. Essentially I will be giving away $2000 worth of services for a combined investment of 2 minutes.

Special thanks to those who took the moments they did to share their stories and ideas. I am excited to work with the winners and hope to see the entries into our next contest in the spring.