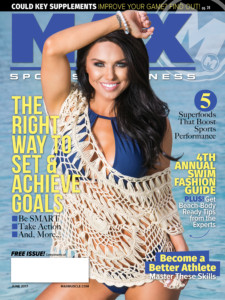 Back in 2014, the James Patrick Photography team went to the editor and publisher of Max Sports & Fitness Magazine, one of our longest standing editorial clients, with a new idea for an annual fashion swimwear spread.

We were privileged that they not only said yes to our idea, but also have continued to support the feature allowing us to cultivate and grow it for four years. In this newest installment we brought together multiple members of our team for the project. 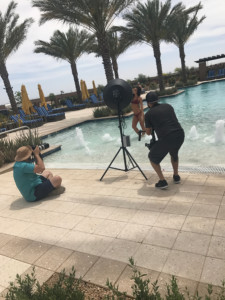 We booked a private country club to host the shoot and then began to solicit multiple swimwear companies to sponsor the clothing for the photo shoot including some of our previous clothing sponsors Amanda Louise Luxury Swimwear and VFIT Swimwear.

The next step was for the creative team to discuss the look and feel we wanted for this year’s campaign in addition to how we wanted the hair and makeup to look on the models.

Although we were shooting south of Phoenix with a desert-themed landscape, we wanted the models to have more of a dewy glamorous beach-like look.

The day of the shoot the crew arrived on set early and as we unloaded all the photo gear we also collated through more than a hundred outfit options that were sent to us to determine which were the best options for each of the model’s style an look. 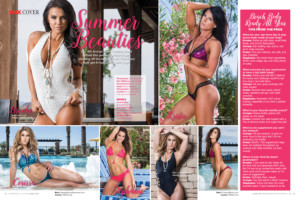 The model call times were bracketed throughout the morning so that they didn’t have to sit and wait too long to shoot.

My assistant and I then scouted all the various areas we wanted to set up in to determine what time to shoot in each area and which outfit to use in each area.

Then we began our aggressive shoot schedule of more than 15 different set ups in the single day photo shoot.

We shot each model in three different outfit changes plus did a small handful of duo and group shots as well as multiple cover options for the publication.

Although I personally had the energy to shoot until there was no sun left in the sky, I had to of course read the energy of the group. By about 3:30pm we had already exceeded everything we could have hoped to achieve – so around 4:00pm we took our last frame and called the shoot a wrap. 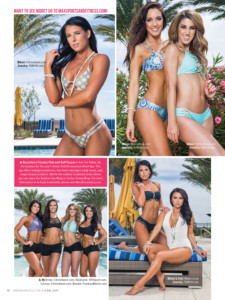 Post production of the shoot took up about two days and included taking the 1000 or so images down to the final 16 final shots that were to be edited and submitted over to the magazine.

The editing itself involved light and clean post work such as adjusting brightness, contrast, sharpness, vibrancy and minor skin edits.

The magazine ended up printing a 3-page spread, an online feature plus the cover of the publication.

After four years of doing this feature, I’m only hungry to continue improving and growing this campaign each and every year. Thanks to all who made the 2017 one of the best ones to date!

CHECK OUT THE VIDEO FROM THE PHOTO SHOOT!