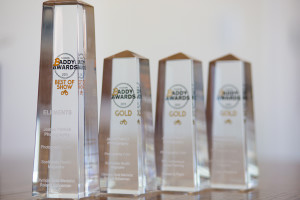 This past Saturday night at the ADDY Awards hosted by the American Advertising Federation Tucson Chapter, the James Patrick photography team took home three GOLD ADDY Awards for our work in photography.

This is the most ADDYs our team has ever received during this annual event. 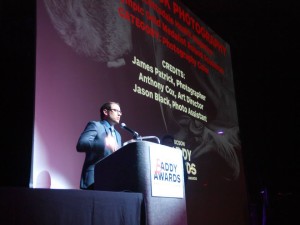 However, the night was capped off when the announcement came through that we also received the BEST OF SHOW Award for our work of Roland Schoeman!

The entire team feels truly honored and privileged for the three gold ADDYs and especially to be named the BEST OF SHOW winner at the event.

Special thanks goes out to everyone who is and has been a part of the James Patrick Photography team for making the projects a success, to our outstanding clients for the opportunities and to the AAFT and Ad2 for the recognition at the award ceremony!

We are very anxious to see how the work does at the District level next!

Thank you so much!